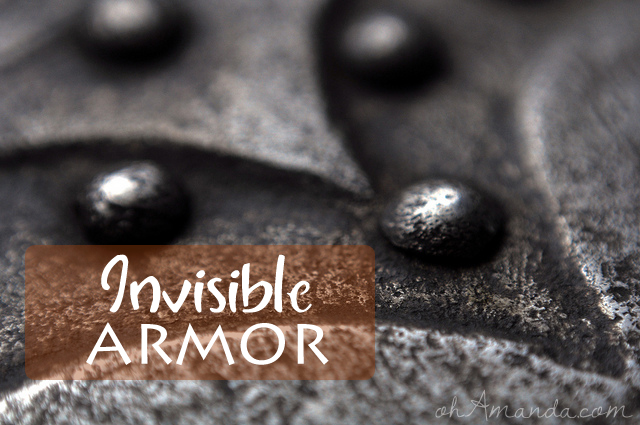 I told you the Belt of Truth was a hard one for me. I’m not convinced it’s just about being honest. I think it’s more what we talked about on Monday—keeping the truth of God’s Word, namely Jesus (you know, the whole “truth will will set you free” thing?) central to your life and being. But it’s kind of a hard concept to grasp even for me. So, I wanted to find a Bible story to kinda show that idea.

This morning I flipped through our Jesus Storybook Bible looking for a tale that showed someone believing God’s Word even when their circumstances were hard.

Eve was my first choice. She was lied to by the serpent. She chose the lie of satan over the true commands of God.

The children of Israel and Moses were my second choice. They had just been through 10 plagues and were miraculously released from slavery, yet they still couldn’t believe God would rescue them. Moses chose to trust the truth of God’s promise to deliver them and they walked through the Red Sea on dry ground.

Then I found David and Goliath. The Israelites and the Philistines both saw the future of the battle—Philistines would win, Israelites would be bird food. But David saw something different. He saw someone defying God. He rejected King Saul’s protective armor and instead bent down to pick up 5 smooth stones. Stones that would prove God’s truth–that God fights our battles, God delivers His people and God is victorious even in impossible situations!

David understood how to wear the belt of truth. 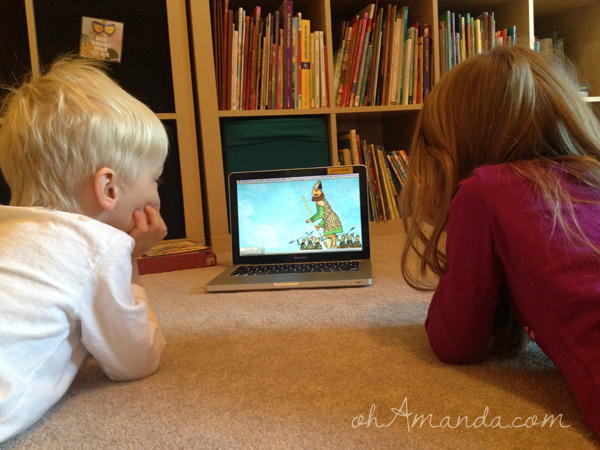 We sat down to watch the story of David and Goliath on our Jesus Storybook Bible DVD (best. thing. ever.) and when it was done, we opened up the book to review what happened.

I asked them about David refusing Saul’s armor. Didn’t he need armor? Was this not the same as the armor of God we’ve been talking about?

We discussed how God’s armor is invisible. It’s not something that is on the outside of you. It’s on the inside.

Then I asked, “David knew he had God’s invisible armor. What else could David see and know?” He could see that he would win the battle. He could see he didn’t need swords, spears or javelins to win. He only needed God.

David chose to wear the belt of Truth. He chose to do battle with Truth surrounding him instead of looking at the battle, the giant and the opposition. He chose to believe what he knew about God instead of what his circumstances showed him.

This is what I want for my kids–to trust God’s Word, His truth even when their life doesn’t line up. For them to have so much confidence in the truth of God’s person that they are willing to fight a giant with a rock! 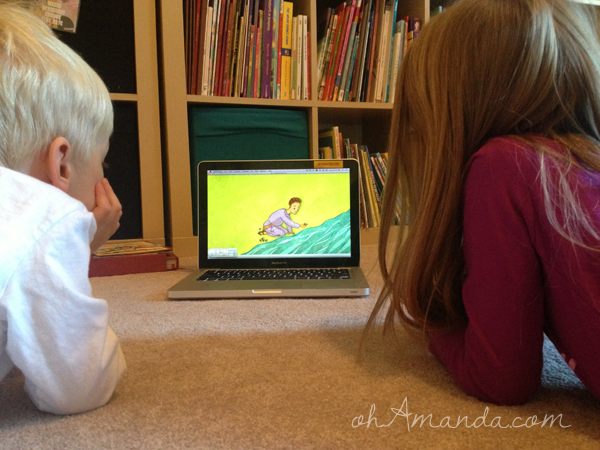 I so love the picture of little David bending his head to focus on the five smooth stones instead of eying the big bad giant. What a visual for my kids–to focus on God’s truth, God’s way of doing things, instead of the enemy and circumstances.

To Help Them Remember…

We made a simple craft of the five stones. We found 5 smooth stones and wrote the word TRUTH on them. 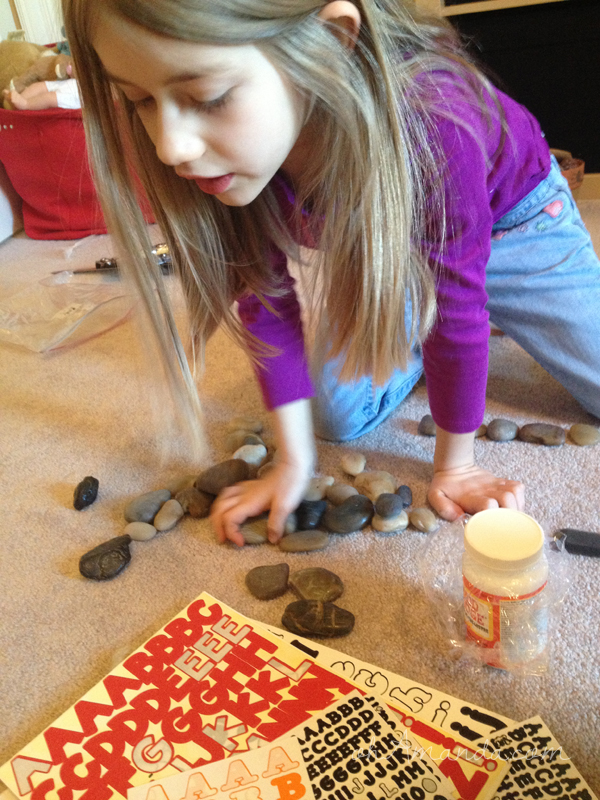 I used letter stickers (you could make your own if you want) but you could paint or just use Sharpies to write it on them. We modpodged over them to make it more permanent–I’m not sure if it worked. They look a little unstable still. *shrugs* 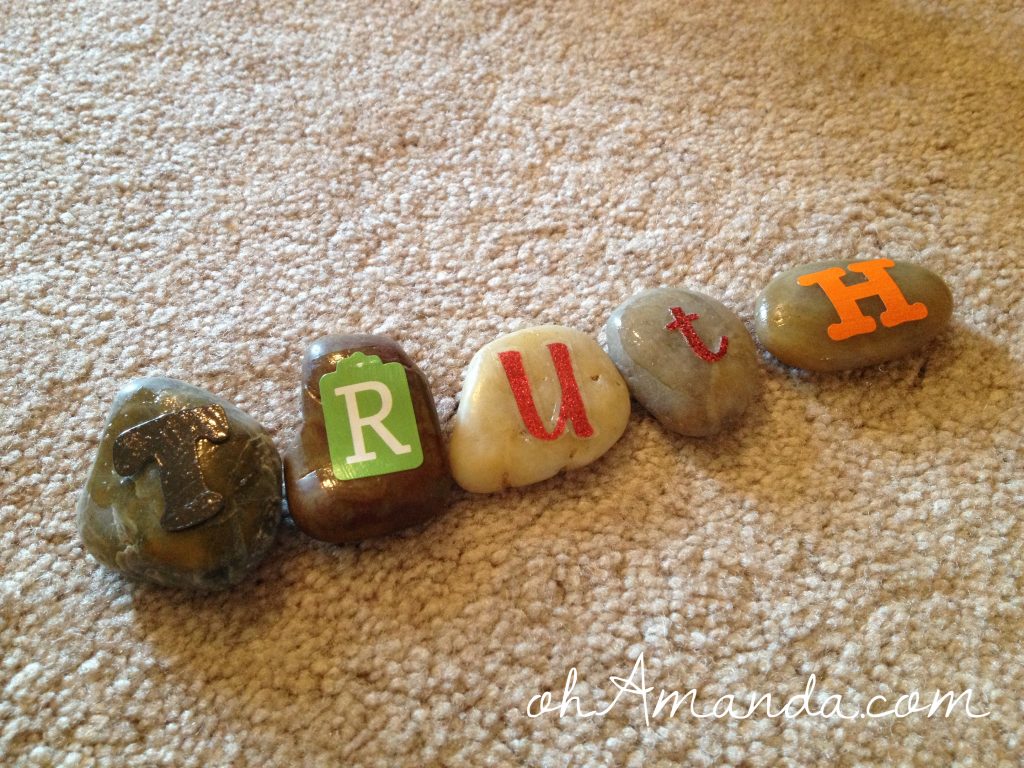 Of course, the whole time we watched the Jesus Storybook Bible DVD and read the story, the kids had to have armor. We had a lot of fun playing David, wearing our armor and talking about giants. 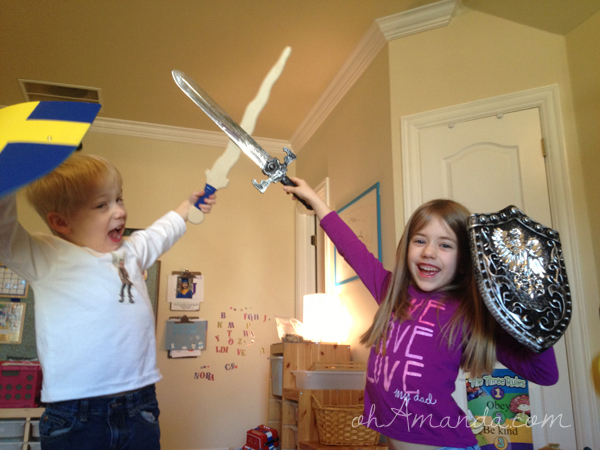 You know I love the Jesus Storybook Bible anyway, but this new collector’s edition we used today comes with a fancy hardback, CDs with the audio version and a DVD of all the videos. (There’s one video on the website so you can see how cool they are. And look! The audio version of David & Goliath is there, too!) David Suchet does the audio and the video and he’s just so delightfully British. I love it.

If you don’t have the Jesus Storybook Bible yet (WHY IN THE WORLD NOT?!), go ahead and get this collector’s edition because your kids will love it and you’ll use it all the time!

Whew! I don’t know how that post got so long! I promise this activity didn’t take as long as it took you to read it! But I do think the kids really got the idea of focusing on the Truth and God’s armor! I pray they continue to keep that invisible armor near them always!

What invisible truth from God’s Word do you keep near you?

Zonderkidz provided me with the Jesus Storybook Bible Collector’s edition. All ideas and opinions are my own.

See all our Armor of God posts here!