You are here: Home / books / When God Created My Toes 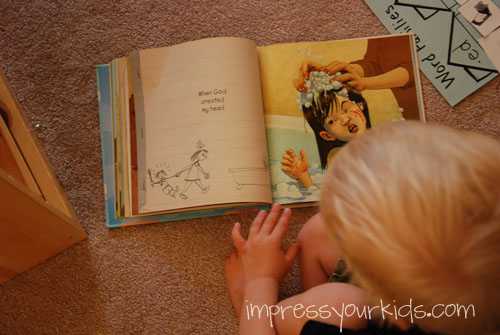 One of our favorite books is called When God Created My Toes by Dandi Daley Mackall. I’ve probably posted about it eleventybillion times because we love it. The pictures are modern and they are the kind of illustrations that tell more of the story than the words do. I love it!

This week, while Lydia is doing a study on bones and muscles so I thought this would be a fun book for Asa and I to study together. And when I say study, I, of course mean read like 5 times and do a craft.

So, we traced Asa’s body on my handy-dandy long paper from Ikea. (Don’t tell, but I made him lay there in his undies so I wouldn’t get marker on his clothes.) 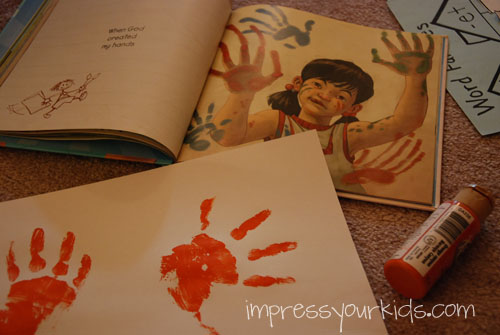 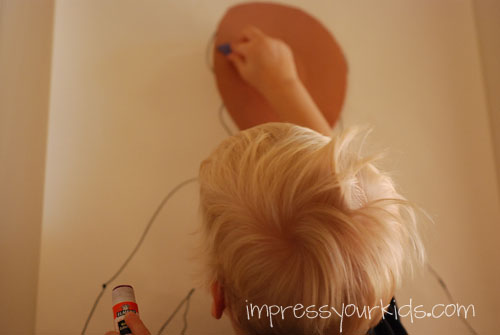 Asa had so much fun adding body parts to..well, himself. I’ll admit, flat-Asa does look a little creepy, but Asa thinks he’s awesome. And it was fun to talk about how God created every part of Asa–right down to his hips (that would be those strange green triangles you see below)! 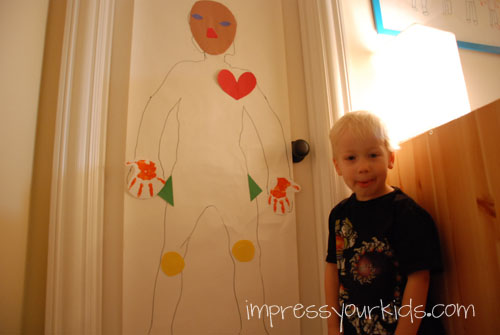 Oh, you can’t see the toes on this picture! I painted Asa’s toes and let him make a footprint. Little baby toes are my fave. Yum!

(By the way, you know the best way to do foot/handprints, right? Paint it on with a brush! Don’t let your kids dip their hands into a puddle of paint. They’ll be covered in it!)

It isn’t the loveliest of crafts, but you know I’m a fan of hanging stuff on the walls and this big flat-Asa reminds my little guy that God made him! Knowing God put together every single part of you is a big foundation for healthy self-esteem.  Today, I’m praying you and your kids will know that God made every part of you and loves you intimately!

❮ ❮ The Dig: A Bible Study for Kids
dotMom {& a roadtrip to Birmingham!} ❯ ❯