You are here: Home / Devotions for You / Choosing Life For the Next Generation 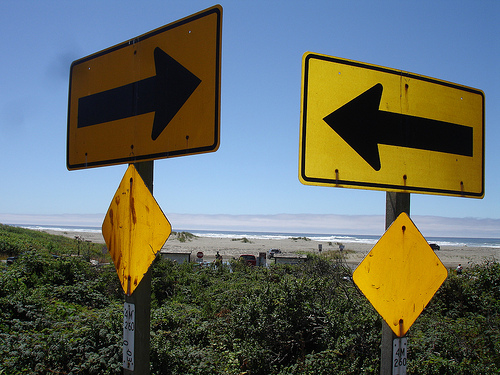 Sunday, our pastor spoke about King Josiah. You remember him? He was the boy king who was crowned at age 8. Josiah’s father was an evil man who led Israel into idol worship and more. For some reason, Josiah decided to follow God and do what He said even though he knew barely anything about Him or his Law.

When Josiah was 16 years old, a book of the Law (probably Deuteronomy) was found in the busted up, in disarray, ignored-for-years temple. When Josiah saw the book and heard what it said, he tore his robes. This was an act reserved for news of death and destruction. It showed utter sorrow.

Josiah spent his years as king bringing the kingdom back to God. He tore down idols, temples and even burned evil priests on their own altars! But what is most interesting to me is what God said about Josiah (spoken through the prophetess, Huldah):

“I am going to bring disaster on this place and its people, according to everything written in the book the king of Judah [Josiah] has read. Because they have forsaken me and burned incense to other gods and aroused my anger by all the idols their hands have made, my anger will burn against this place and will not be quenched.’ Tell the king of Judah [Josiah], who sent you to inquire of the Lord, ‘This is what the Lord, the God of Israel, says concerning the words you heard: Because your heart was responsive and you humbled yourself before the Lord when you heard what I have spoken against this place and its people—that they would become a curse and be laid waste—and because you tore your robes and wept in my presence, I also have heard you, declares the Lord.Therefore I will gather you to your ancestors, and you will be buried in peace.Your eyes will not see all the disaster I am going to bring on this place.’”

God was going to bring disaster to Israel. But because Josiah was repentant, God held off on his anger. The kingdom–and that generation during Josiah’s reign was spared. And in fact, Josiah was the last good king. The next four were wicked men and soon Babylon took over Israel–the destruction God promised came upon them.

This is such a haunting story to me. A 16 year old boy tears his clothes at the sin in his land. He follows God without any direction or counsel from his family. And God spares the people because of Josiah’s repentant heart. One man’s choice to follow God affected an entire generation of people.

My parents did this same thing for me. Both of my parents come from dysfunctional divorced homes. My mom’s parents fought constantly, were not loving or nurturing. So much so, my mom was glad when they eventually got divorced so her parents wouldn’t have to be in the same room anymore. My dad’s parents were divorced when he was 12 and it led my dad into drinking and drugs at a young age.

When my dad got saved at 17, he said, “My life is going to be different.” When my parents got married they said, “Our family is going to be different.” And with God’s help, it has been. Their choice to obey God changed their life, yes, but also the life of my brother and me. They took a stand and said, “These curses, this sin, this kind of life stops there. It is not being passed down. It will not affect anyone else.”

It’s not to say that our life is perfect but I believe it is a spiritual truth that standing in obedience, even if you’re alone in your obedience will affect others.

And today I can’t get this idea out of my mind. I don’t have divorce or other “big” sins in my family that I need to stand against. But what about those small things?

The complaining, the insecurity, the entitlement, the laziness and selfishness that is evident in my own life?

Am I passing those sins onto my kids?

Or am I drawing a line and saying, “This will go no further!!”?

I want to be like King Josiah. I want my heart to bow to King Jesus and obey Him even when I don’t really know where it will lead me or what it means. I want sin to stop with me so it doesn’t affect another generation.