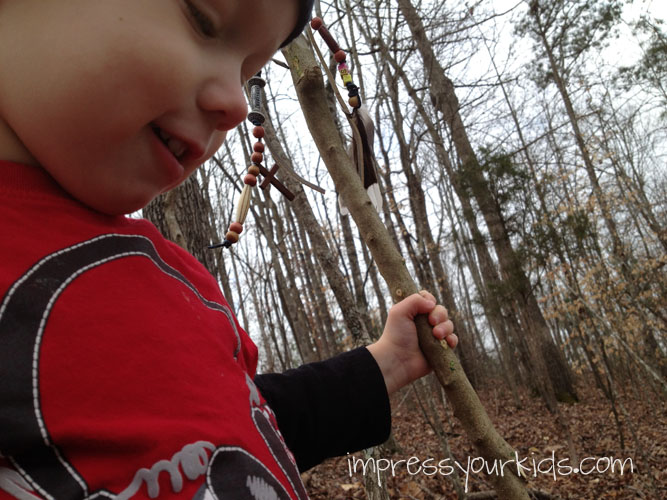 Remember when God talked to Moses from the burning bush? Moses got a little scared and said, “What if they don’t believe me?” God answered by asking a question, “What is in your hand?” Moses was carrying his staff. If you continue to read the story, you’ll see that God did miracles with that staff–snakes, parting the Red Sea and bringing water from rocks.

Staffs were  a big deal in ancient times. Tradition says that staffs were not just tools for prodding sheep and helping people walk mile after mile, but that they were also story tellers. When something significant happened in a man’s life, he would mark his staff to remember it. The author of Hebrews even tells us that Jacob worshiped while leaning on his staff. And some people think it wasn’t just to hold him up because he was old–but he was leaning on and remembering the good things God had done in his life.

On Asa’s last visit to my parents house, they made him a walking stick. My dad found a strong stick in the woods, he cut off the prickly edges and smoothed it down. He drilled a hole in the top to make space for feathers, beads and other decorations. They even put a bright gold button on top. 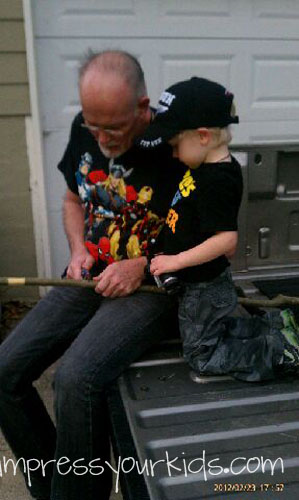 But the best decoration is three rings along the bottom. My dad whittled as he told Asa about his stick and how this stick would tell Asa’s story. Apparently Asa was mesmerized with the whittling and when Papa counted the 3 stripes on the bottom of the stick, Asa suddenly realized he was three! And he realized those three stripes were for him. And in his three year old mind, he understood that this stick was HIS story. My mom said it was kind of an emotional moment and Asa fell into Papa’s arms recognizing his stick and Papa’s care in making it were significant.

When Asa came home from my parents house, he was carrying his stick. He had a proud and shy face on when he saw me. He and Grandmama told me the whole story of the stick. We looked at every bead and feather. When they came to the cross charm my mom said, “Asa, what does this cross remind us of?” Asa said, “Jesus?” Grandmama: “Who belongs to Jesus?” Asa: “Me”. 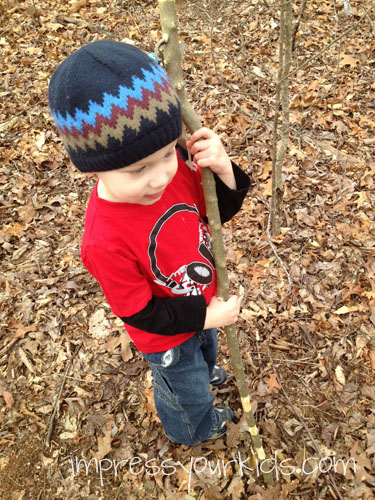 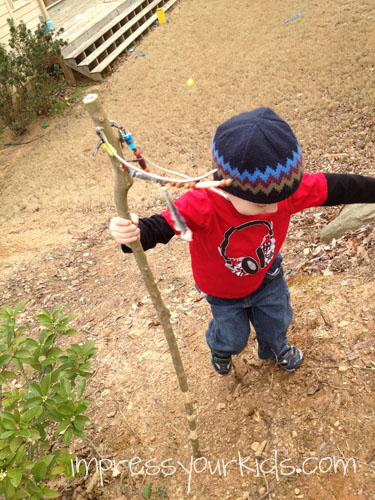 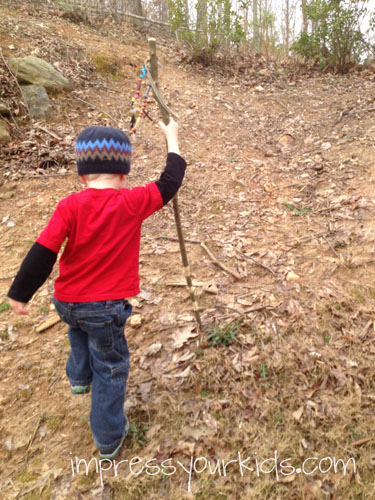 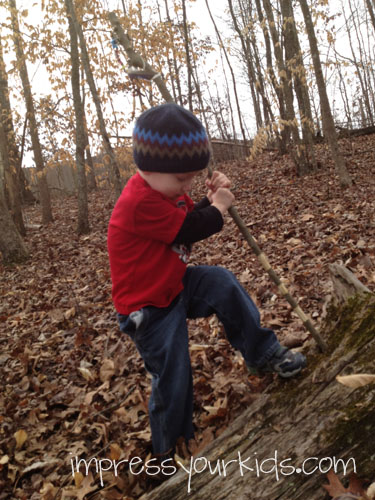 So even if we never add a charm, a carving or a mark to that stick again, it will be a constant reminder to my son–that even at age 3 he belonged to Jesus. That God put him in a family who uses every opportunity to lead him in following Jesus.

I pray when my son is old, he will lean on that staff–the story of his life and remember the miracles, blessings and adventure He had with the Great Shepherd.