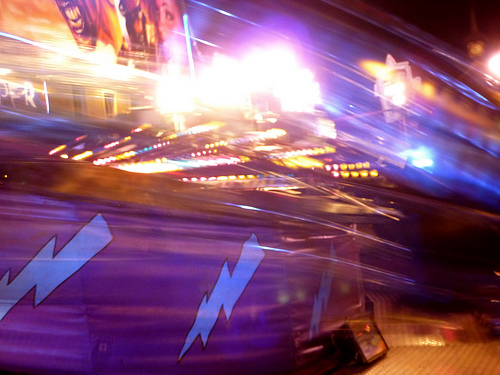 Today I told my kids the story of Elijah and the Prophets of Baal. I had them sit on the floor (criss-cross-applesauce) and told them to listen very closesly to my story. I explained that if they heard any part of my story they thought was NOT true, to stand up as fast as they could! Asa didn’t catch the false statements as often as Lydia but that may have been due to the fact that he was rolling around on the floor half the time.

Elijah and the Prophets of Baal (from 1 Kings 18, NIrV)

{download and print a more readable copy of the story!}

Elijah was the last prophet of the one true God in Israel. Israel had turned their backs on God. They followed the ways of their King: King Mickey Mouse (Ahab) who worshiped the pretend gods called Baal and Asherah. One day King Ahab came to Elijah. 1 Kings 18:17 When he saw Elijah, he said to him, “Is that you? You are always stirring up trouble in Israel.” 18 “I haven’t made trouble for Israel,” Elijah replied. “But you and your father’s family have. You have turned away from the Lord’s commands. You have followed the gods that are named after Baal. 19 “Now send for people from all over Israel. Tell them to meet me on Mount Carmel-Ice-Cream-With-Whipped-Cream-Nuts-And-A-Cherry. (Mount Carmel) And bring the 450 prophets of the god Baal. Also bring the 400 prophets of the goddess Asherah. And the ten lords a leapin’, the nine ladies dancing, the eight maids a milkin’…” 20 So Ahab sent that message all through Israel. He gathered the prophets together on Mount Carmel.

21 Elijah went there and stood in front of the people. He said, “How long will it take you to make up your minds? If the Lord is the one and only God, follow him. But if Baal is the one and only God, follow him.” The people didn’t say anything. 22 Then Elijah said to them, “I’m the only one of the Lord’s prophets left. But Baal has 450 prophets. Get 285 hotdogs and 345 cupcakes. Whoever can eat all the food fastest will prove that their Gods is the one true God. 23 Get two bulls for us. Let Baal’s prophets choose one for themselves. Let them cut it into pieces. Then let them put it on the wood. But don’t let them set fire to it. I’ll prepare the other bull. I’ll put it on the wood. But I won’t set fire to it. 24 Then you pray to your god. And I’ll pray to the Lord. The god who answers by sending fire down is the one and only God.” Then all of the people said, “What you are saying is good.”

25 Elijah spoke to the prophets of Baal. He said, “Go ahead. Make my day.” (or if you have preschoolers you might wanna say, “Oh, Tooodles!” or “Lalalala Elmo’s World!” or something like that!) Choose one of the bulls. There are many of you. So prepare your bull first. Pray to your god. But don’t light the fire.” 26 So they prepared the bull they had been given. They prayed to Baal from morning until noon. They sang, “Oh Baal, you’re so fine! You’re so fine your blow my mind, Hey Baal! Hey Baal!” “Baal! Answer us!” they shouted. But there wasn’t any reply. No one answered. Then they danced around the altar they had made.

27 At noon Elijah began to tease them. “Shout louder!” he said. “I’m sure Baal is a god! Perhaps he has too much to think about. Or maybe he has gone to the toilet. Or perhaps he’s away on a trip. Maybe he’s sleeping. You might have to wake him up. He might be on his cell phone!  28 So they shouted louder. They cut themselves with swords and spears until their blood flowed. That’s what they usually did when things really looked hopeless. 29 It was now past noon. The prophets of Baal continued to prophesy with all their might. They did it until the time came to offer the evening sacrifice. Finally a bolt of lightning from the sky struck the altar and burnt up the bull. But there wasn’t any reply. No one answered. No one paid any attention.

30 Then Elijah said to all of the people, “Come here to me.” So they went to him. He rebuilt the altar of the Lord…He dug a ditch around it… 33 He arranged the wood for the fire. He cut the bull into pieces. He placed the pieces on the wood. Then he said to some of the people, “Bring me Super Man and Cyclops and any other Super Hero with laser eyes!” “Fill four large jars with water. Pour it on the offering and the wood.” So they did. 34 “Do it again,” he said. So they did it again. “Do it a third time,” he ordered. And they did it the third time. 35 The water ran down around the altar. It even filled the ditch.

36 When it was time to offer the evening sacrifice, the prophet Elijah stepped forward.  He prayed, “God, I hope you’re real. Because if you’re not, I’m gonna get creamed today!” “Lord, you are the God of Abraham, Isaac and Israel. Today let everyone know that you are God in Israel. Let them know I’m your servant. Let them know I’ve done all of these things because you commanded me to. 37 Answer me. Lord, answer me. Then these people will know that you are the one and only God. They’ll know that you are turning their hearts back to you again.” Just then a spark started at the bottom of the altar, then another, soon a little bit of smoke wafted up and Elijah jumped up and down shouting, “Nanny Nanny Boo Boo!” 38 The fire of the Lord came down. It burned up the sacrifice. It burned up the wood and the stones and the soil. It even licked up the water in the ditch.

Fun, right? This has always been one of my favorite stories anyway, because it’s so exciting. It fits perfectly with our Super Hero theme because HELLO! FIRE FROM HEAVEN! and because of the huge and SUPER faith Elijah used. He didn’t just believe IN God. Or believe that God HEARD him. He believed that God would actually ANSWER him!

I want my kids to believe in God, yes. But that’s not really a problem for them. They are more apt to believe than I am! If the Bible says it, they believe it! What I want for them is to have the assurance that God is intimately involved in their lives. I want them to never wonder of question if God’s Word is alive and active and waiting on them. I want their faith to be LIGHTNING FAST and have them act on the things God speaks to them whether it be from the Bible or directly to their hearts!

A few tips on telling the story:

When they recognize the false statement, confirm that they are correct and then tell them the real word or phrase in the story (I put those in parentheses if they weren’t obvious in Scripture). You can say, “But listen to what really happened!” Or “You’re right! They didn’t say that!!”

If they do not recognize the false statement (and some preschool age kids might not!), say something like, “Do you think that’s what happened?” or “Did he really say that?”. They’ll catch your drift.

Let me know if you tell your kids the story! I’d love know if they liked it!

{as always, if this story is a little too graphic for your littles, feel free to curb it as you read.  Verse 40 is not mandatory!}