You are here: Home / How To Be a Super Hero / The Rock {Fantastic Conduct} 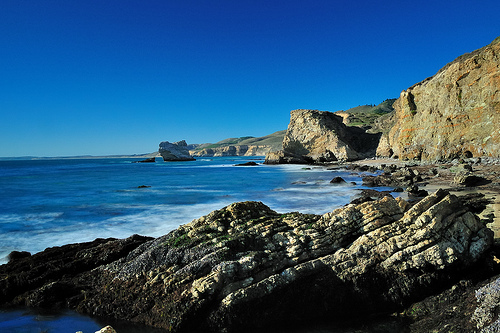 Welcome to our 2nd week of How To Be a Super Hero! Our series is based on 1 Timothy 4:12, “Don’t let anyone look down on you because you are young, but set an example for the believers in speech, in life, in love, in faith and in purity.” So, our topic this week is setting an example in life. What does that mean?

A few other translations say “how you live” or “conduct”. And now we’re getting to the heart of it. It stinks to say, but people judge our kids based on how our kids act. Our kids are judged by what their conduct is like. This scripture encourages us to be examples in our behavior. And oh, those times we have to drag our kids out of Target for pitching a fit can make us wonder if it’s even possible for our kids to be good examples! But that is exactly why we have to teach them them God’s view of their conduct now!

I have a list of about 20 scriptures I’d love to teach my kids about this, but the one we did today is one that has been a favorite for Children’s ministries for a long time: Matthew 7:24-27,

“So then, everyone who hears my words and puts them into practice is like a wise man. He builds his house on the rock. The rain comes down. The water rises. The winds blow and beat against that house. But it does not fall. It is built on the rock.

But everyone who hears my words and does not put them into practice is like a foolish man. He builds his house on sand. The rain comes down. The water rises. The winds blow and beat against that house. And it falls with a loud crash.”

When my husband and I traveled as guest speakers for kids’ camps and churches, one of my favorite puppet skits we did was from a wordless script called, Beyond Words. Two little puppets work on building their houses, one on the rock and one on the land. After the rain comes and the foolish house is flattened, the rock lifts up the other house to reveal the name JESUS. It’s such an awesome picture–that our lives need to be build on the Rock, the Word, Jesus! But I couldn’t very well set up a giant puppet stage in the living room and perform that for the kids this morning!

So, I found a really fantastic video* that we watched together instead. Grab your kids, they are gonna like it…

We had to watch it twice so my kids could understand that the 2nd boy didn’t pay attention to the written rules. Then we read the Scripture from Matthew and talked about how when we hear God’s Words and put them into practice, we’ll be like the first wise boy! And THIS is how we can have Fantastic Conduct–by doing what God’s Word says!

When the kids wake up from their nap we’re going to paint rocks to remind us to build our lives on the rock of God’s Words! I’m hoping to make some Super Rocks with masks and crests. We’ll see how the kids do—I’ll be posting pics on Facebook, so check them out later today and add your own if you want!

*I don’t know anything about the people who produced and/or posted that video. So, I can’t vouch for them or anything else they do. I just liked this video!