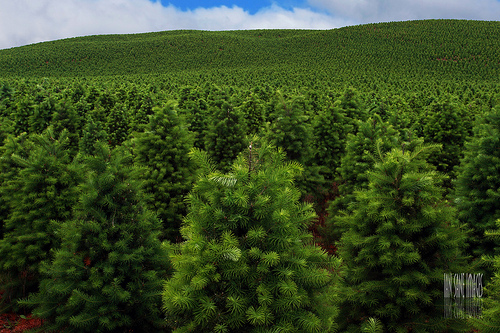 For Asa’s part of homeschooling, I’m taking a page from Five in a Row and reading the same book to him every single day for a week. Then we do activities based on that book.

This week we’re doing one of my very favorite Christmas books, The Pine Tree Parable

by Liz Curtis Higgs. I’ve blogged it about many times before (even made a video of it!) because it is so fabulous. It’s one of those Christmas books that isn’t technically about baby Jesus and the manger but still manages to get the entire real true story of Christmas in there without being trite or cheesy. I cry every single time I read it!

It’s the story of a Farmer’s wife who has a prized Christmas tree. Year after year, she doesn’t sell it. Until one day when a too-poor-too-even-buy-a-tree family comes to their farm. She suddenly realizes she has to give the tree to them. They don’t deserve it, they can’t afford it, but she gives it freely! (Are you catching the parable yet?)

The ending says, “Yes, it was a sacrifice, but isn’t that what Christmas is all about?” Yes. Christmas is not really about a birthday party. It’s about a sacrifice–Jesus “Who, being in very nature God, did not consider equality with God something to be used to his own advantage; rather, he made himself nothing by taking the very nature of a servant, being made in human likeness. And being found in appearance as a man, he humbled himself by becoming obedient to death—even death on a cross!” (Philippians 2:6-8)

Who knew all that could be in one little picture book, huh? I told you it was good!

Now, for a little glimpse into how we use a book like this in our homeschool, here are some of our “Christmas Tree School” activities from this week… 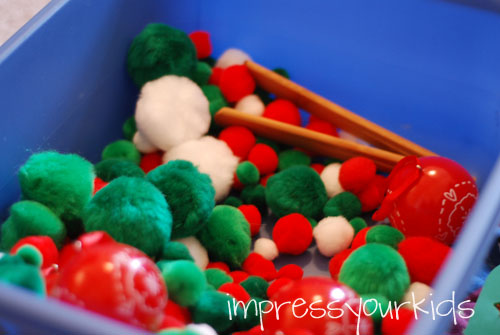 Asa loves puffballs. So, we have about 4billion of them. I filled up a tub with red, white and green puffballs. Then added a few plastic ornaments from Ikea. 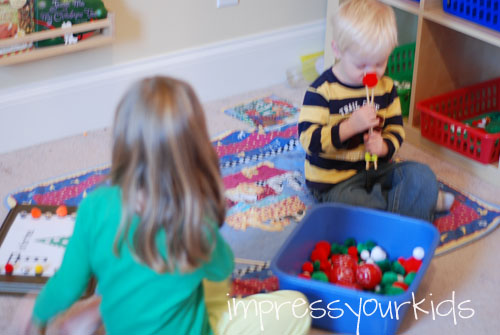 The kids mainly like to pick them up with tongs or chopsticks. I think Asa must be trying to eat this one. Or maybe he’s being Rudolph? 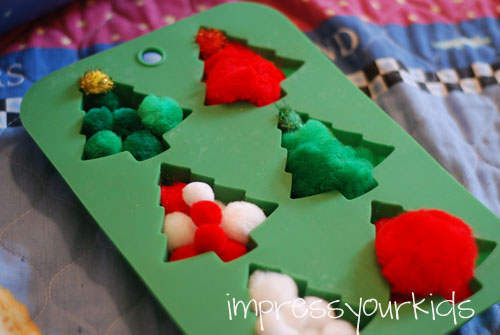 Then I got out these cute Christmas tree muffins tins. So, I asked Asa to “decorate” the trees by putting puffballs in–either all one color, or different colors. I’ll admit, I added the yellow one on top. 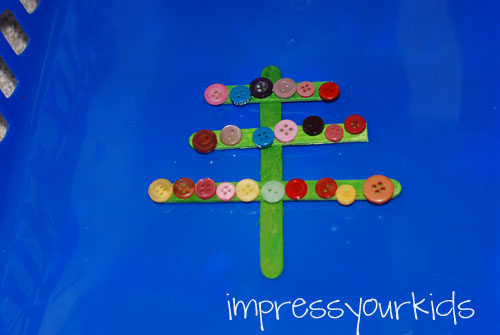 I saw this cute Christmas tree ornament on Pinterest (of course) and wanted to do it but thought, “Ugh, I don’t want to get green paints out!” But lo and behold, when I went into my craft closet, I had green craft sticks! So, I quickly glued the sticks together and let Asa glue the buttons on. I usually squeeze white glue into a muffin cup and let him use a q-tip to apply it. He was really into this and did every bit of it by himself. 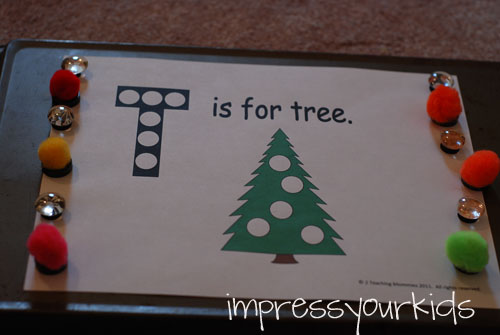 The last thing was this fun magnet game. He just puts the magnets on the circles. I thought it would be like he was decorating the tree. He didn’t get into it. But I still think it’s fun! (FYI: I made those puffball magnets with hot glue, the metal surface is a cookie sheet and I got the printable from 2 Teaching Mommies!)

Grab your kids their own copy of The Pine Tree Parable  this Christmas!