You are here: Home / Announcements / #tweetyourbest 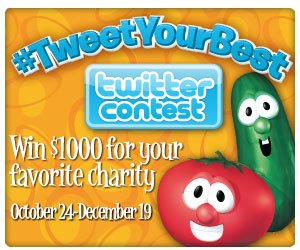 I’m sitting in the Atlanta airport waiting for my flight to Relevant!! I am ridiculously excited to be around so many fabu blogging folks this week. I wanna talk shop for the next four days!

I feel like I’m at a starting gate revving up for something awesome. I love that we’re going to be talking, not just about blogging, or about balancing life as a mom blogger, but about leveraging the place God gave us online for Him and his glory. I do not take it lightly. In fact, I’ve got tears in my eyes thinking about it right now!

I just love that God uses everything {EVERYTHING} to advance His Word and His love and His kingdom. And that he lets me be a part of it! I love seeing somen, companies and ministries using social media to do good things for Him. And I’m blessed to be a part of it.

I’ve been trying to figure out who I want to tweet for. You know I love World Vision and all they do for communities. I love Compassion and how they are changing kids’ lives for eternity. I love Operation Christmas Child and how they show the real Gift of Christmas. Then last week, I realized who I wanted t0 tweet my best tweet for…

My mom, my brother, sister-in-law and one of my sisterchicks, Kristen have a ministry called Square Peg. They work with at-risk kids in apartment complexes in the suburbs of Atlanta. These kids are English-speaking while their parents are not—they are translators, leaders and parents in their own right. They are latch-key kids, many without both parents and most with turmoil in their homes. Every week they do a Bible Club and tutoring. They do special events thourghout the year, including Camp Rocks.

On Monday, my mom called me and said the apartment complex where they minister—and have their own Bible Club apartment was ON FIRE.  Not only that, my sister-in-law and niece were there right after it started. This is the same family who watched their house burn to the ground this summer.

We turned on the news and watched it unfold—smoke billowing, flames shooting, people running. It was horrible!

No one was injured (except a brave fireman!) because the kids were in school and most of the adults were at work. (<—miracle) But as my family knows first hand, losing your personal belongings in a fire is life-altering and very scary.

So, who was on hand to talk to the kids and families that night? My sister-in-law who had just lost her house and seen God’s immediate and powerful provision! How awesome is that?! I don’t believe God causes fires, but look at how He works all things for good!

Anyway, Square Peg didn’t lose their apartment or any of their supplies, but I know they’d love to help the kids and families who did lose their homes. So, today, I’ll be tweeting for Square Peg! And I sent the info to Square Peg so they could get their people doing the same thing.

Here’s my tweet: I love what @SquarePegFits is doing to love on at-risk kids in #ATL! RT for them to win $1000! #tweetyourbest @veggietales

Thank you to Veggie Tales for using social media for good (and God!). I’m blessed and honored to be sponsored by them for Relevant! I hope you’ll connect with Veggie Tales online {facebook, twitter & even pinterest!) so you can see and be apart of all the great things they are doing for families, for kids and mostly for God!