You are here: Home / movies / Cars 2: A Review and a Birthday Party Wish 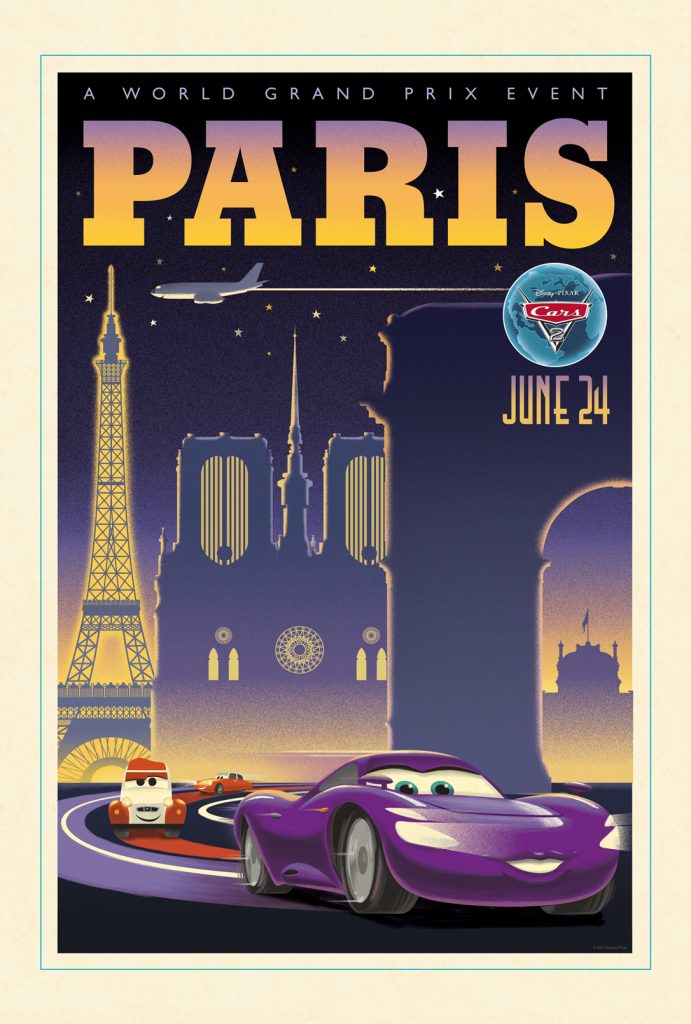 We got to see an advanced screening of Cars 2 last week. (Or was it the week before that? Time flies.) Anywhoo. It was a 10:00 show. And I don’t know if you’ve ever been to the movies at 10am, but it’s weird. Kinda like being at school at night. Just strange.

I thought it would be the best Asa-movie-experience ever. He loves Lightning and has one of those talking-moving cars from the movie (I don’t know the character because I don’t think I ever saw the first movie all the way through. But it says, “Show some respect, Holmes!” Which makes me laugh.). So, we grabbed some popcorn and booster seats. We sat next to Mandi and her family. We had on our 3D glasses and Asa was loving every second of it.

Until about 4 minutes into the movie. He slides out of his chair (with NO glasses on) and says, “Can we get out of here?” This continued for the next 30 minutes until he remembered, “Oh! I have to go potty!”. That got him out of the movie theatre for a little bit. But basically it was an up and down, lift and lower of Asa between my husband and me.

Of course, when we finally left, he said, “I love that movie. I want to see Cars again.” REALLY?! Well, not until I start lifting weights again! Ow!

It was a pretty fun movie. Really, it was like a for real 007 flick only with computer animated cars. It had some super funny parts with Mater (of course). And I loved the whole car-world stuff, like Holley Shiftwell’s computer and all the cool spy gadgets.

That being said, I don’t know how age-appropriate it was. I know Lydia did not remotely understand the plot (which was about international espionage and oil) . She just liked Mater and the the purple girl car. And she liked sitting next to Mandi‘s 5 year old Evan. (I told them they better get used to supervised dates to the movies!) If your kids are Cars fans or like car chases, gadgets, explosions and funny accents then you need to see this! If you’re looking for something that will make your heart ache like UP or stick with you like Wall-e, then…well, break out your blu-rays and start watching!

However, ever since we saw the movie, Lydia has been saying, “I wish we were having a Cars party for Asa!” There is so much cute stuff at the Disney Store and (of course) on Pinterest that I’m kinda wishing for one, too!

Just look at this:

Source: flickr.com via ohAmanda {impress your kids} on Pinterest

Yup. I need to do a Cars party.

So, did you see the movie? What did you think?

{Disclosure: I was invited to see the screening for free because I am considered media. I don’t think I was asked to blog about it, I just did because that’s what media do. Does? Hmm..maybe I’m not really a great representation of media!}