You are here: Home / Devotions for You / Hush Now My Baby… 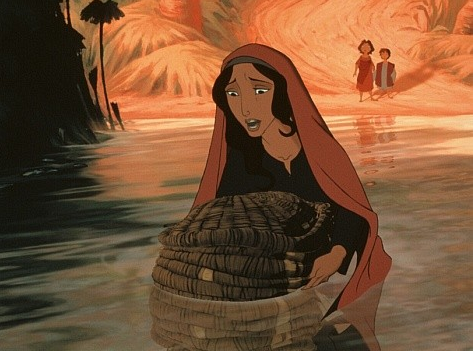 There is a true story of a man named Moses. You’ve heard of him, right? He’s the one that talked to God in the burning bush, delivered the Hebrews from Pharaoh’s slavery, turned the Nile into blood and brought down the Ten Commandments from Mount Sinai.

But his story doesn’t really begin with him. It begins with his mother. When Moses was born, there was a law that all Hebrew boys should be thrown into the Nile River.

Imagine the horror mingled with joy when a Hebrew woman found out she was pregnant.

Imagine nine months without an ultrasound. Knowing people were paying attention to your growing belly and wondering what would happen after delivery.

Imagine postpartum emotions coupled with the realization that the government wants to kill your son.

Imagine nursing and changing your baby understanding that someone may come at any moment to take him away.

Imagine week after week of hiding him, shushing him and rocking him to sleep so he won’t make a cry.

Imagine the day you realize you can’t hide him any more. You become aware that his awakening personality and growing body is what will eventually kill him.

What do you do?

Moses’ mother made a basket. A basket big enough for her three month old son. She coated the bottom with tar to make it waterproof. Then she set her precious child inside the basket and floated it down the Nile River.

What kind of mother would do this? How is this a good idea? Doesn’t she know the baby will drown? Will die?

When she made the basket, it was so their separation could be on her terms. It was so she could protect and carry him one more time. She coated the bottom with tar because she wanted to make sure he would be safe, dry and comfortable in his baby boat.

She then sent his big sister, Miriam to follow the basket. Miriam watched as the basket floated before Pharaoh’s daughter. Miriam saw this princess open the basket and pick up baby Moses. When she heard Pharaoh’s daughter exclaim that he was a Hebrew and needed food, Miriam spoke up, “Should I find a Hebrew woman to nurse the baby for you?”

And what was Moses’ mother doing during this conversation? Weeping. Praying. Clutching her stomach. Rocking back and forth on the shore of the Nile. Praying for her son’s too early independence.

Imagine her joy, her sheer delight when she saw Miriam return with a smile on her face. Imagine walking up to see Moses cradled in the princess’ arms. Imagine what it was like to be reunited with her son, to hold him and put him to her breast.

The bittersweet part of this story is that once he was weaned he was to be returned to Pharaoh’s house. Oh, how his mother must have wept. But oh, how his mother must have treasured those months of nursing. I’m sure she spent those months singing songs to him, kissing his toes, exclaiming over his every action. I’m sure she spoke words of comfort, of inspiration and love to him. I’m sure she wanted to fill up his heart and ears with enough words to last his entire life.

Isn’t this every mother?

We are entrusted with our children for a very short time. Yes, longer than three months. Longer than a nursing relationship. But after they are “weaned” from our house — be it in kindergarten, when they hit the teen years or when they begin their own home — they will never be in our arms again. They will never again take sustenance from our bodies.

And for the short time we have with them, we need to do as Moses’ mother did — love, strengthen and protect. We need to spend our days realizing our time is short. Realizing that our children are set apart for special purposes. That each of them has been drawn out of the water to do great things in their lives.