You are here: Home / me / Dreams, High School and Facebook 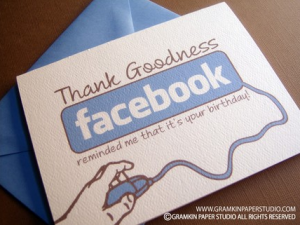 I had the craziest dream the other night. I was at a Disney Conference with my friend, Suzannah. Only it wasn’t really Suzannah, it was also my roommate from college. But she was really Suzannah, too.

Anyway, as I was working the room (well, that’s what I was doing!) two guys at the back of the room stopped me to say hello. Two guys from High School. I was so surprised to see them and said, “Wow, I wasn’t expecting to see anyone I actually knew from my real life here!”

And that’s really all I can remember.

It was much more interesting when I was asleep. Trust me.

What’s super weird about this is that I can totally understand why I was dreaming about the Disney conference. I’ve been watching the hashtag from the Disney Social Media Moms Celebration all week. I tweet Suzannah, Joel and Jonas every day. The Hoop Dee Doo is kind of the battle cry of the 2010 Disney Moms. It makes perfect sense to dream about this stuff. I even know why my college roomate popped into my head–we were tweeting about Barney this week. (Yes, as in Stinson.)

But the guys from High School? I just don’t get. We weren’t big buds. More of classmates and acquaintances in the same circle of friends. After this dream, I decided to look them up on Facebook. I discovered that I was facebook-friends with one of them and not the other. So, apparently we haven’t interacted since High School except to click “accept friend”—and that was only for one of them!

So, WHY would they pop into my mind? Do you have dreams about people you haven’t seen in 15 years? Do you think Facebook has opened up a door in our minds that would have been otherwise forgotten? And more importantly, should I friend this other guy now that I just blogged about him?!

{speaking of Facebook, have you joined my Facebook Fan page? Yes, YOU can be my fan! I know, you’re so excited. But it would make me smile if you did!}