You are here: Home / me / Blissdom: The Sponsors

The Mom 2.0 Summit is going on now. I’ve been semi-glued to my twitter (#mom2summit) watching the updates roll in. Everyone’s 140-word updates are making my little brain spin. I love social media! Anyway, it also made me realize I never updated you on the very YUMMY sponsors at BlissDom.

Of course, I was first greeted with my aforementioned Land’s End PINK BAG. Supa cute. It was chock full of books, cds and other paper-y goodness (from Wal-Mart, Sony, Disney and oh baby, Little Debbie). But the best paper was the (also aforementioned) gift certificate for a pair of CROCS. Now, my hubby for some ungodly reason thinks I should use my swag to buy him these: 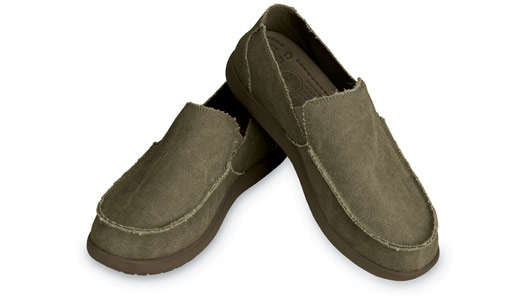 I, on the other hand, want these:

Where was I? Oh yeah, Nashville. BlissDom.

On Saturday morning, after a late night with Asa in a bar (see previous post if you’re disturbed), I ordered room service while Asa napped. The rest of the blissdomees were watching a special secret screening of Yanni Voices. I have actually met Yanni before. I’m sure he cherishes the memory of 16-year old me (and then boyfriend, Steve) stalking him after a concert to get a picture taken. So, even though it’s not exactly my cuppa, I kinda have a soft spot for Yanni.

So, as I was eating my french toast and Asa was snoozing in his pack-n-play, I “watched” Yanni via twitter. Here are a few of the tweets that made me cart a sleeping Asa into the stroller and head downstairs:

So, yeah, two of Yanni’s “voices” were actually AT BlissDom…well, to meet us! After a few questions and one very smokin’ Happy Birthday number, they headed out for a photo opp and autographs! And here’s where I was glad Asa and I were at the back of the room…because I think I was third in line to meet Ender Thomas and Nathan Pacheco!!

Have I mentioned Asa is a great way to meet people? 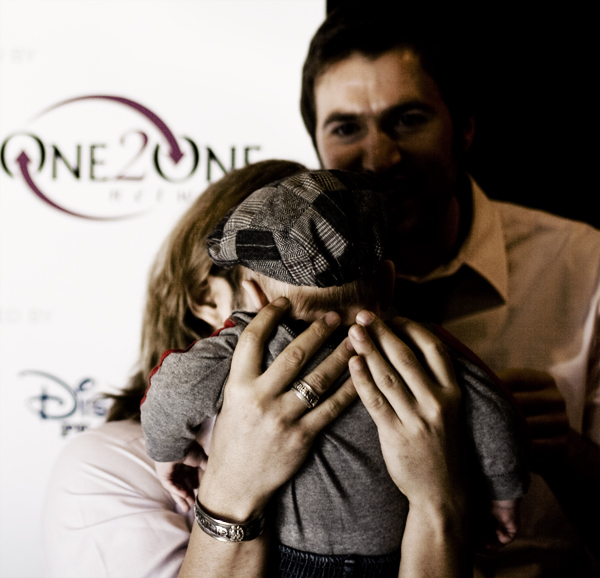 And for the real picture… 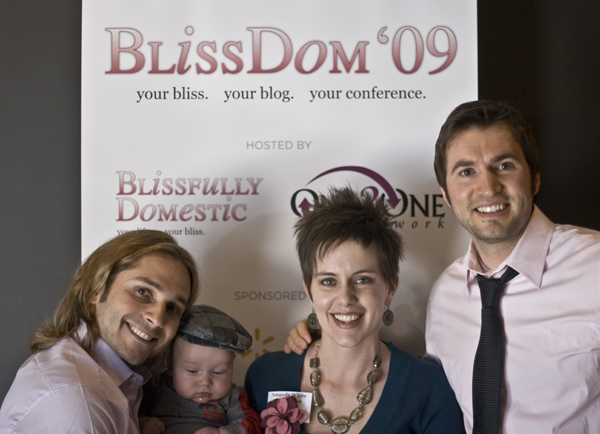 That would be Ender Thomas snuggling Asa and Nathan Pacheco with his arm around me.

(oh, and I totally rode the elevator with Nathan the night before. It was right after my baby-in-the-bar stint. So, yes, I still had on my red heels! When I stepped up to get the photo with them, he totally recognized me. Eek.)

OK. Just realized this post is getting way long and wordy. But 1 more thing: 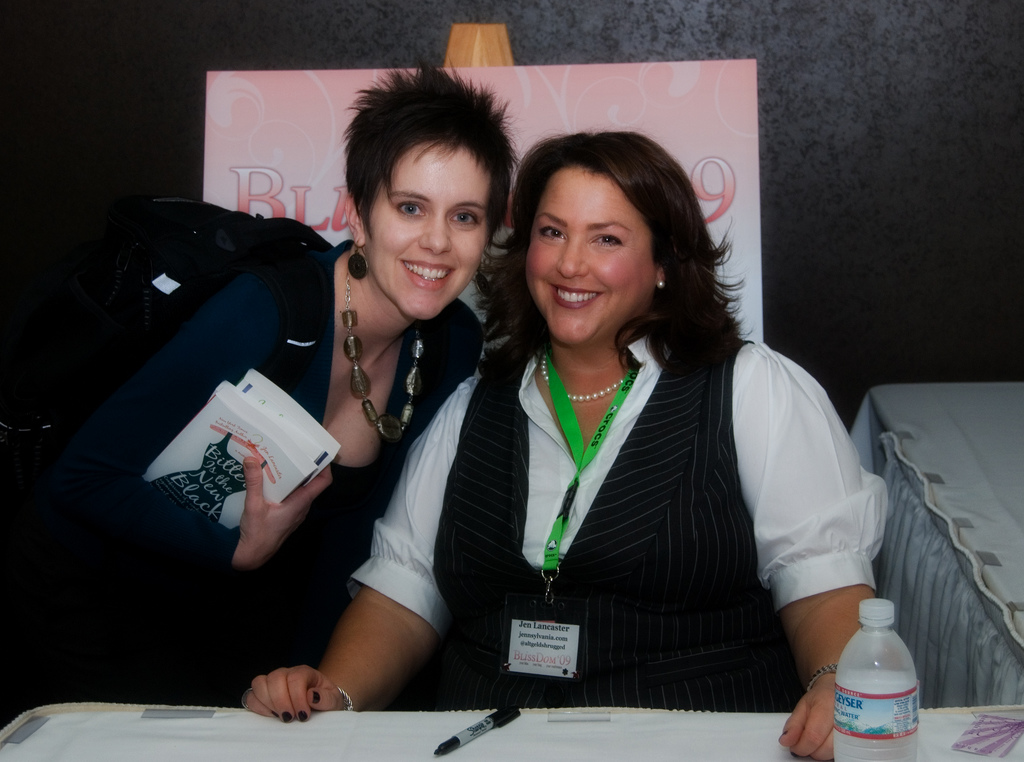 photo by i should be folding laundry

I met Jen Lancaster. And I apparently lost my lipstick.