You are here: Home / me / Good Morning, East Coast!

Well, it’s 2:20 here which means it’s only 11:20 in California. If I was still there I’d be just deciding where we were going for lunch. And it would probably be Mexican. We hit up every hole in the wall Mexican joint in town. Delicioso.

I still haven’t uploaded all my pictures or even finished my laundry (it was really only one load…), we’re still a little on West Coast time. Lydia and I slept until 11 yesterday and 9 today. I could get used to that!

Anyway, while I’m still trying to corral my thoughts and pictures, I’ll leave you with my new favorite store I found while in California. It’s a baby/kid/maternity store called The Pumpkin Patch. Do you have it? Well, the second I walked in I found a dress that was about $50 cheaper and 50x cuter than the one I wore to the wedding. 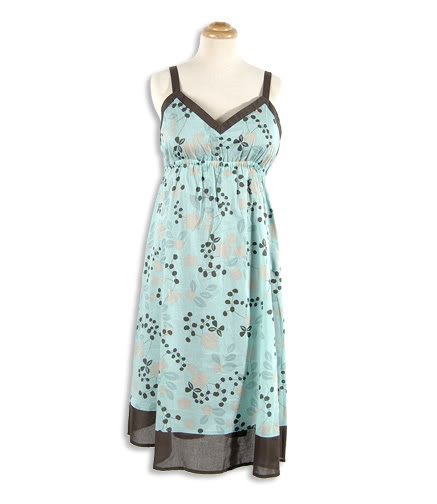 And look what my aunt bought for Lydia there! 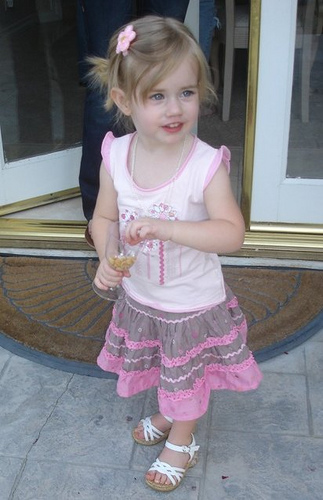 SO CUTE. The top has felt appliqués on it!

OK, and one more clothing souviner. This time for my hubby. From our favorite California store, C28. I think I’ve raved about this one before. 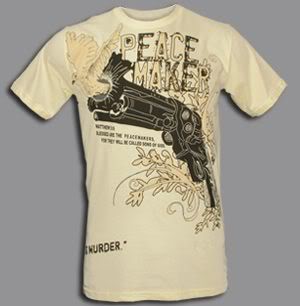 I actually got it in black, which makes it exponentially cooler. It says, “Blessed are the Peace Makers, for they will be called sons of God.” Then on the side/back it says, “Do not murder.” It’s pretty sweet.

And for those of you dying to know…here’s me and my red-accessorized dress for the wedding.

Not bad, huh? And heels, even! While preggo! (My cousin, Michelle is in the picture with me. Doesn’t she look like Kate on Lost?!)

I’ll be back soon with something a little more interesting than my clothing choices!